Shedding pounds In the automotive Electrical and Electronic (E/E) systems

The never-ending development of new technologies and their addition to modern vehicles leads to a phenomenon that can be labelled as the ‘content dilemma’. The content dilemma epitomises the conflict between the technology content that vehicle manufacturers try to integrate into their vehicles and the weight, cost and packaging space required for wiring harnesses. 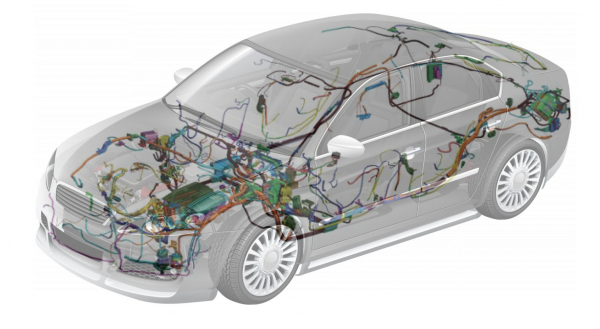 Weight, in particular, is emerging as a key concern for carmakers as more electronic circuitry is added into vehicles that are either fully or partially powered by batteries. As a result, automotive manufacturers are exploring alternative substrate materials, different types of sensor fusion, less complex architecture to reduce the number and length of wires and neoteric wiring harness methods. Adding pounds reduces the driving range for electric or hybrid vehicles. The automotive industry needs to shed weight and still perform its juggling act to hit all functional safety, reliability and longevity targets.

The electrical and electronic systems (E/E systems) link together and control a wide variety of in-vehicle functions and electrical components. Since the E/E system content of automobiles is growing almost exponentially, the weight and space requirements for these traditional system components will no longer be manageable. It’s easy to point to the wiring and circuit board side and challenge them to find weight savings. Traditional wiring harnesses are exceptionally heavy and bulky due to heavy copper cores and thick insulators. Some modern vehicles contain close to 40 different harnesses, comprised of roughly 700 connectors and over 3000 wires. If taken apart and put into a continuous line, these wires would exceed a length of 2.5mi (4km) and weigh approximately 132lbs (60kg). Five years ago, vehicles had 25% less circuits than today’s cars. Five years from now, that number will increase by more than 30%. For instance, The BMW 5 Series has increased total vehicle weight by 50% over roughly 40 years. In another case, in only one generation of evolution of the Golf the cost of the E/E system increased by 70% and the weight 32%.

Vehicle electrification creates a power challenge, too, which has a direct bearing on weight. As we move to vehicle electrification, we are now talking watts and kilowatts instead of talking small amounts of currents. That’s a massive change for the automotive industry. 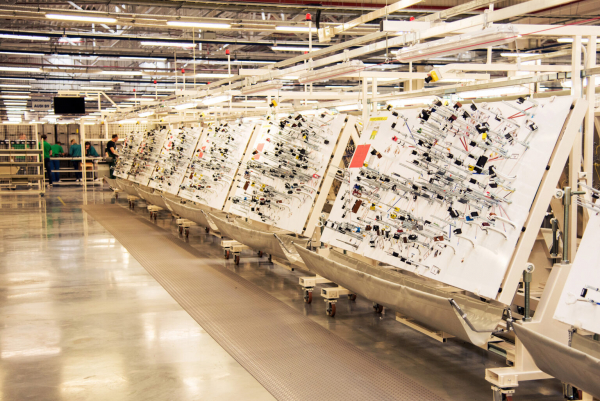 More power is needed to run the EV if it weighs more. Electrified vehicles are critically impacted by weight, which is rapidly becoming ever more critical and thus a major KPI of increasing importance to vehicle engineers. In fact, weight takes on a new meaning in the age of EV as it is the equivalent of fuel efficiency, and it has a linear impact on battery range, and every OEM is chasing the ultimate ‘extended’ range vehicle, except for the performance-minded.

Flexible circuits and printed wiring have the potential to replace these components and reduce system weight significantly and at the same time make the integration of electronics with the physical structure of the automobile much more seamless. Additive manufacturing expand the range of polymeric materials that are available for making flexible circuit substrates. That creates new possibilities for producing E/E systems that conform to the surfaces within the automobile. In addition, a digital twin of the E/E system allows an optimised architectural platform to be created, correct-by-construction, reducing the cost and weight of the vehicle.

While the automotive industry works to lower the weight and cost of E/E systems, those systems also must be reliable enough to use in safety-critical systems. This has created an enigma for automakers since the best way to ensure reliability is through redundancy. This approach has been proven in extreme environments, such as in satellites where tin whisker growth has been known to cause short circuits, as well as in automotive E/E systems today using far less sophisticated technology. But redundancy also adds weight to the vehicle, so just duplicating components everywhere is far from feasible. In future data-driven business models, some functions may only be temporarily enabled via OTA software updates. In the case of electric vehicles, this can also include the motor performance. For car manufacturers to be able to implement such functions, the cabling must be designed for the maximum possible performance, even if this is rarely required at all. This will also make cable harnesses even more expensive.

Autonomous driving requires the addition of a multitude of hardware redundancies and fail-safe mechanisms to prevent single points of failure that could disable the autonomous system unexpectedly. System redundancies are critical because unexpected failures may cause the vehicle to crash if the driver isn’t paying attention or actively involved in the driving and steering process. However, these safety redundancies will add further significant weight and cost to the wiring harness. 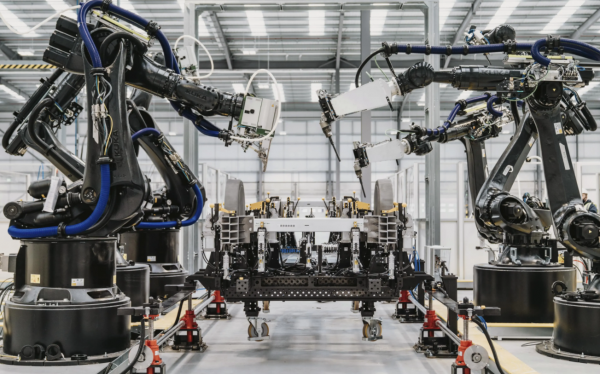 Modularity, with a capital M

Modularity is one of the keywords in that dilemma, looking into the future of wire harness design and manufacture. Designing and manufacturing with modularity in mind can help cope with the cramped space and rising amount of wires in a modern vehicle, particularly because many vehicles are produced in a number of different variants. In theory, you could design a wire harness that could handle all the vehicle options and features on offer. But that would be too costly, add to the vehicle’s weight, and take up too much space. So instead, manufacturers need to think LEGO. With a modular design, you can expand the basic harness with sub-harnesses where required.

Modularity can solve another significant overlooked challenge for wire harness design and manufacture in electrified vehicles: the high current magnetic field. The magnetic field created by high-voltage cables tends to disrupt low-voltage systems, so manufacturers need to factor in this EMC noise (Electro Magnetic Compatibility) when designing a harness. To protect the signals running in the low-voltage communication cables, you have to be careful not to put them near their high voltage siblings. And that is quite a conundrum, especially with limited space at disposal.

Another of addressing these trends is fundamentally rethinking the wires themselves and how they are harnessed. We are going towards using a wider variety of wires compared to the regular wires used in a standard vehicle Controller Area Network (CAN) system. CAN is not enough to transfer the vast amounts of data in the system, and CAN cables need to be complemented by coax- and ethernet-type cables. However, many of them are not really adapted to the automotive industry. This gives us a fascinating insight into why Tesla, Inc. is pursuing new ways to manufacture BEVs other than battery efficiency improvements, like the Model Y mega castings. In addition, in 2019, Tesla, Inc. revealed a new revolutionary modular wiring harness architecture to enable further automation in the manufacturing process and use fewer materials. Since If production can be more automated, assembly costs can massively be brought down. Tesla’s CEO, Elon Musk, said that Model S has about 3 kilometres of wiring harnesses, and Tesla brought it down to 1.5 kilometres in length for the Model 3. Tesla’s new wiring architecture for future vehicle platforms aims to bring it down to just 100 metres ideally. According to reverse engineering analyses and teardowns of the Tesla Model 3, it is estimated that the cost of producing this model is around $28,000 ) for both materials and labour (roughly $2700 for E/E). However, this number can be tremendously reduced if the total length of the wiring harness is brought down close to 100 metres and the assembly becomes automated(reduced E-drive, E/E costs). Reduced manufacturing costs would lead to higher gross margins, and ultimately more affordable EVs,.

It is widely believed that a $100/kWh for batteries will make EVs competitive with combustion-engine cars, but Oliver Wyman argues that it is not quite like that. By 2030, the consultancy believes battery prices will be around $85/kWh. Even then, electric cars would be 9 percent more expensive to produce.

When you check the numbers, the difference still lies in the powertrain, E-drive, E/E, battery cluster, which amounts to €6,700. In combustion-engine vehicles, adding the powertrain costs to engine and auxiliary ends up in €5,200, or €1,500 less.

If these numbers are precise, Oliver Wyman gave automakers an amazing tip on how to make a profit out of these vehicles since working on battery and motor costs is not enough. Dinosaur stuff also needs to evolve and cost a lot less.

Q5D is a robotics and software company that automates the manufacture of wiring harnesses in the automotive, aerospace and other markets.

Using this technology, it is possible to take an existing component, such as a composite panel, an injection moulded part, or a pressed metal sheet of any geometry and add polymer for structure or insulation, wiring for electrical power circuitry and fibre-optics or printed electronics for data and sensors.

Q5D’s automation is aimed at replacing the labour part of the manufacturing process. Providing the ability to robotically manufacture a component or product from a CAD design that incorporates both the structure and the electrical wiring.

About the Author: Peter Todd